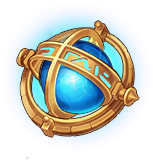 Mysterious Calls featuring 1 Hero occur regularly every 4 weeks for all players that have reached League 21 and completed the Starter Event, and usually run from Friday 10AM UTC to Monday 10AM UTC along with an additional 24 hours until Tuesday 10AM UTC to spend and buy additional

Event Crystals. Mysterious Calls were added to the game in the March 23, 2022 Game Update.

The next Mysterious Call is expected to occur on:

This page was last cached on Thursday 23:43 UTC, 19 May 2022.
Click here to purge the server cache to update dates and times.
Listed events and dates are predictions of upcoming events. Special events may change the schedule.
Check #events-announcements on the official Discord for the official schedule..

Mysterious Calls consist of a roadmap of various quests that reward

Event Crystals. Unlike Global Events, the progress of all quests in a Mysterious Call are tracked even if the quest is not currently active. Although the roadmap is split into 2 paths, both paths can be completed concurrently, but all rewards must be claimed in order.

The difficulty of the "Find

Gold" and "Find Souls" tasks are based on Maximum League achieved.

Event Crystals to spend on the Luck Sphere. 156

can be earned without paying real money:

Event Crystals can also be purchased daily with real money from the Daily Event Deals:

Each spin of the Luck Sphere costs 1

Event Crystal. Rewards are based on Maximum League achieved.

The first 10 spins of the Luck Sphere have modified drop rates as shown below:

Bonus rewards are available after spinning the Luck Sphere a certain number of times. Rewards are based on Maximum League achieved.